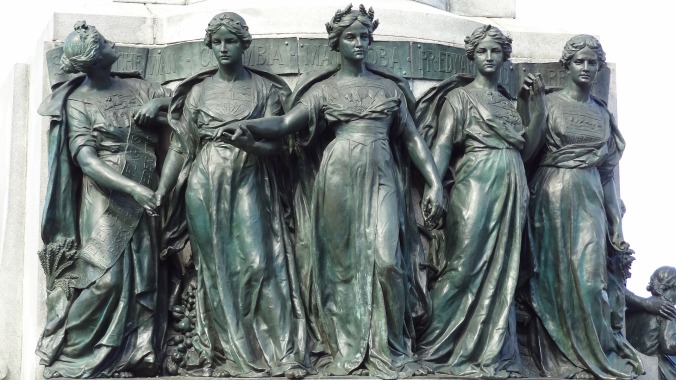 I have spent 37 years trying to escape my roots to establish myself as someone largely unrecognizable to the people I once knew. I have succeed in many respects. I don’t have a baby daddy. I don’t have a criminal record. I have never worked in a prison. I went to college, as in a real university, not the community college extension. I have been in business for myself. I married a man who didn’t grow up there, and the next one I will marry is not from my hometown either. I am halfway through with law school. I have lived abroad without having had to join the armed services. I don’t think that Knights of Columbus socials are where it’s at, and I won’t stay in a bar where everyone drinks beer out of plastic cups and people start fights for no reason because that isn’t normal. I have never dated someone and had to seriously hope that they’re not a cousin. I work in a law firm. I run a business. I actually work in another startup. I have written books.

And people who have stayed in that dirty Rust Belt town wonder how I can just leave. What about the people? What about them? Why don’t they leave too? And what do I owe them when they gave me so little to begin with?

I grew up in Upstate New York, and I was genuinely surprised to learn a few things when I ventured out of the area:

See, Upstate New York has a quaint system of town justices that are elected a lot like the way sheriffs are elected. It’s a popularity contest that ends in kangaroo courts. Each winner goes to a seminar and takes a very easy multiple-choice test and then has the power to incarcerate, evict, set bail, order and deny protection, fine and convict. It’s like Lord of the Flies but instead of a tropical island, a lakeside farming community, and instead of white children, white baby boomers.

As long as they keep winning the popularity contest, they stay. They don’t have to have legal training. Most of them don’t. They don’t even have to have finished high school. This was normal to us, and the idea of going in front of a judge was tinged with a bit more nervousness than it may be for other people, since the justice of any small town had the power to pretty much do whatever he wanted (and they were all old white men) and unless you could actually afford a lawyer, you were screwed, and even then, you might be screwed. I grew up in the county seat with a population of about 27,000 people, so we had real judges, but get caught speeding or holding a joint somewhere like Cato or Locke, and you have no idea what could happen to you.

I read the exposé in the Times (because I lived in New York for a while, so to me, those are the Times, and New York is The City) back in 2006, and I hadn’t thought about it much since getting reacquainted with a high school buddy of mine whom I used to smoke pot with often. He is now a successful landscaper with a farm, a house, a child. He also told me that he planned to run for judge and what he would do when he wins.

I was taken aback. He didn’t have a legal education. I knew that based on what he said he would do if he were a judge. Telling him that there was a penal code and case precedent and codes of conduct didn’t seem to register because no judge in Upstate knows what those are either. And then it hit me, once again: I am now the person I am and cannot be the person I was who thinks that indefinite detainment in a drunk tank is not a violation of the 8th amendment or somehow otherwise just.

— I have had one of the best semesters, grade-wise, and it is a pity because I had to spend almost all of the study period working.

I know I have to earn my keep. Venus is the ruler of my second house, and Chiron is there. Saturn is in my 7th house, opposite my Aries Moon in the 1st. No one is going to give me a handout. The few times in my life I ever tried to rely on someone to put in a good word for me or arrange a job for me, it failed. I have to do it myself. And this month, I found myself substantially short on funds because of a sudden expense, so I went to work. I have a part-time job in a law firm. I rolled up my sleeves and hustled. I got a lot of writing gigs. I made money. I got little sleep. I was angry, I was bitter. But I made the fucking money back and then some.

And then I did my best to study for my exams and finish my papers and it has worked out decently for me. This is not that weird, as I succeed most under duress without help from anyone else. I finally passed my driver’s test when I was cold, tired, and hungry, having been up all night finishing the very last of moving out of my home, the home I shared with the husband who suddenly decided that me having lost my job was too much of a burden on him and leaving me unemployed and alone would make me a better person. I got my license and then flew out of the state that night, Christmas Eve, never to return to that state.

Law school reverberates the echos of high school for me but I cannot assimilate. I know a few people who are also non-traditional students who just don’t fit in. A classmate of mine is a medical doctor who also has his own practice. Our young classmates don’t respect him. Yes, he is sure of himself when he speaks. You earn that as you get older. I am sure of myself when I speak, and I am not afraid to hear that I’m wrong. That is a blessing with age and the hardening of that comes with repeated blows. But they all laugh uncomfortably when an adult who has actually been out in the world talks.

I have always had an accent. I never had a Great Lakes accent. My parents untaught themselves the accent. My maternal grandparents, who watched me a lot, were from the Bronx and Appalachia. I never flattened my vowels. I have never eaten a see-ahn’wich or spoken with an ee-ahkscen’. My aunt has never been an ant, or an yeeant. When I went back to my hometown in 2013, after teaching ESL, I was told I sounded snooty. People asked if I was British.

One thought on “I Am Venus in Capricorn (Apex of Moon-Venus-Saturn T-Square): Narrative Four”